So another two week visit to St. Lucia comes to an end. It has been quite hot with occasional showers which has made it a bit buggy at times, but if anything that has encouraged the many Geckos around the house. This trip I forgot my tripod/monopod (that's what you get for packing on the day of departure) but I did bring our old 105mm micro Nikkor lens. Strictly manual operation but it takes great images and I've been using manual settings more often than not so it's easy to set up. I also find the old style lenses seem to have more precise focusing and hold their focus more consistently. I was happy with a couple of my 'dinosaur' photos taken at the front entrance of our house.

Upon completion of our recent show at the CACGV Main Gallery I was asked about the origins of my Digital Art Photo 'First'. 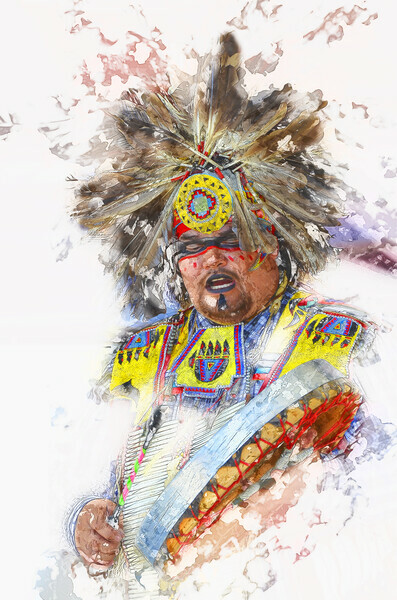 The piece originated from a photo I took at the First Nations Festival held in downtown Victoria this past summer. I took a lot of photos that I felt had interest but they didn't quite stand alone as straight photos and so I tried something I had never done before and that was Photoshop Actions. 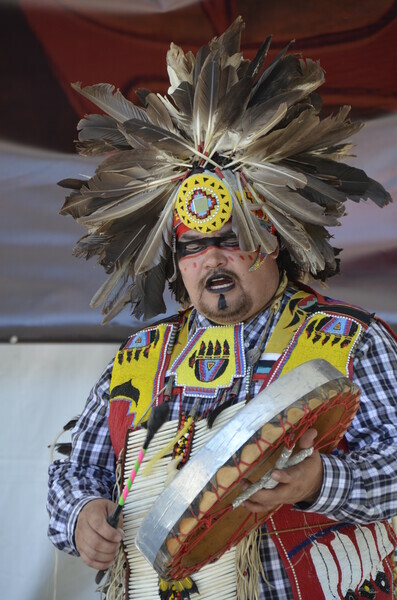 I originally learned about Actions through an on-line course I have been taking for several years now called 'Photoshop Artistry: Fine Art Grunge Composition Course". As part of the course we have a private Facebook page where we share our work and more often than not learn new things from each other, which is how I learned about Actions.

I was directed to the Envato Market and ended up with a company called Graphic River where I purchased several Photoshop Actions. The one I used here was ModernArt Photoshop. These are sort of mini plug ins that run a myriad of actions on your image with a final adjustable image created. They cost in the $3 to $6 range and include a detailed video tutorial. I was sort of looking for something along the lines of many of the phone technology apps such as Percolate and Snapseed, that you see around nowadays. So using the ModernArt action I was able to create 'First'. It wasn't a one shot deal, I had to work within the Action to emphasize certain parts of the image; but how you do that is all explained in the tutorial.

Once I had run the Action I made some further fine tuning in Photoshop and had a completed image that I felt created a more dynamic image than the original.

Last night was the opening of our small group show at the CACGV Main Gallery at Cedar Hill Recreation Centre. It was very well attended with several pieces sold and a visit from Efren Quiroz of Exhibit V. Artists from left to right are: Martine Desbois, Me, Liz Wells and Brenda Rozendal. Great Opening, thanks to everyone who attended, the show runs until November 3. 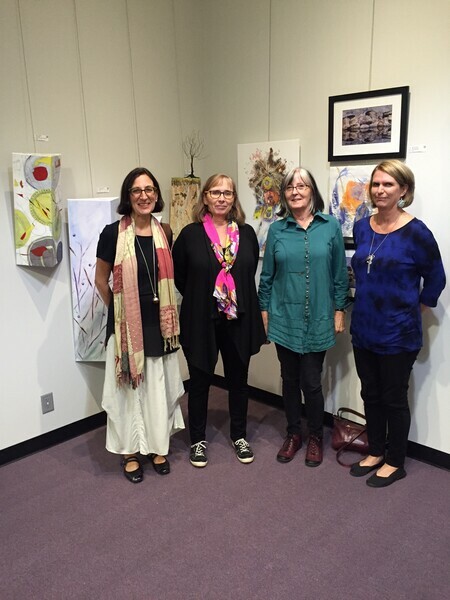 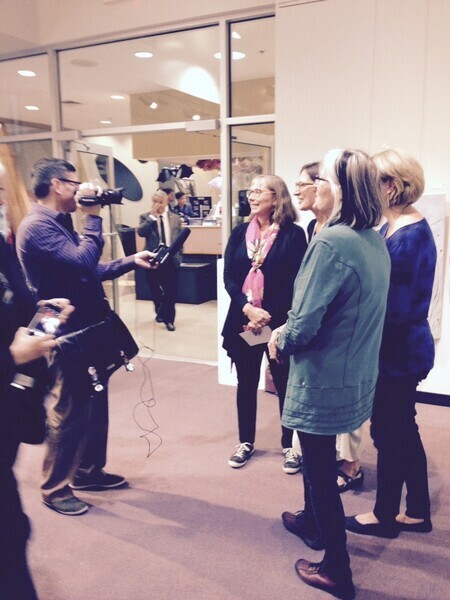